Beach rugby is a sport that is based on rugby union. Leagues are common across Europe. The sport is particularly popular in Italy, in the Balkan region and in Eastern Europe. Casual games are played around the world using different sets of rules. However, organized leagues use a field that is only a fraction of the size of a standard rugby field, far fewer players on each team, shorter matches, and a simplified scoring system.

The program for 2022 will be announced at the end of May. 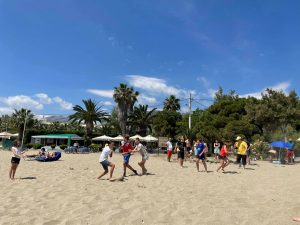 Attica Springboks RFC’s season continues during the summer with activities moving to the beach-fronts of Attica. The club meets for beach rugby practices at various beaches in and around Attica.

Several Greek beach rugby tournaments have been held in the past with the most notable one being in Kavala where Attica often participates. 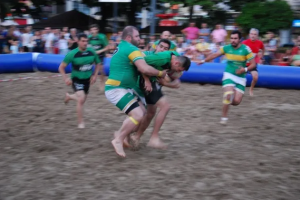 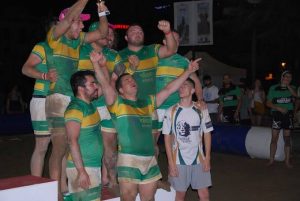